Halloween in July….not quite!  For the second year in a row I was invited to attend the Vanguard Culture Avant Garde Costume Gala and this year I was also asked to be a celebrity judge for the costume contest!  Of course I said yes!  Vanguard Culture is a nonprofit organization “designed for culturally savvy, socially conscious individuals and aims to bring diverse communities together, create arts jobs, and inspire creative collaboration among all genres of the visual, performing and culinary arts.”  When art and fashion collide I love to see what these incredible artists come up with!

So first things first, I texted my girlfriends and said “save the date, we’re having a fun girls night out!”  The planning for the perfect outfit began and I got in touch with Fashion Week San Diego designer Miriam of Baza Couture.   Miriam is a Mexican fashion designer living in San Diego and creates beautiful gowns for all occasions, she’s also the sweetest person you’ll ever meet!  We got together a couple of weeks before the Avant Garde Gala and I showed her some photos for inspiration, she took out her sketch pad and drew a beautiful design, I was in awe of her raw talent!  She immediately went to work, we had one fitting and a couple of days before the event she said “your dress is ready!”  Whaaaat?  She made a dress from scratch in under 2 weeks, not to mention she also designed 4 other looks for this same event.  Talk about talent!  The dress was inspired by Ashi Studio Couture and Miriam pieced together the design, multiple fabrics, layers and overall look of the dress with perfection.  I also changed up my typical long brunette locks with a faux bob sprayed white and added white shadow and contouring to compliment the dress.

The gala was held in downtown San Diego at Park 6.  I arrived early for a photo shoot with Miriam, her other dress designs, the glam squad, and I also got a sneak peek at the designs for the fashion show being put on by Fashion Week San Diego.  The models were getting their hair and makeup done by the Gila Rut team and looked incredible.  My girlfriend and fellow FWSD designer, Frania of Isabel Vianey, and I decided to wander around the event space before the doors officially opened.  We got to sample food from 12 culinary artists, view art installations, my favorite was Unspun which was a gigantic weblike enclosure that matched my outfit perfectly, as well as other view other art installations, Virtual Reality, tasty desserts, and music.

Once the doors opened and the crowd began to fill the room I was excited to see so many amazing costumes, one after another they kept surprising me at every turn!  This was going to make judging the costume contest really hard!  In between posing for photos, cocktails, and laughing the night away with girlfriends we sat front row to watch live performances created by Dia Bassett.

I was also welcomed to the stage as one of San Diego’s Premier Fashion Bloggers to judge the costume contest.  The costumes at this year’s gala were spectacular and it was hard to choose just one so I was glad we also had a “crowd favorite” as well!  I love that everyone took the time to dress up and participate because if there’s one place to go all out, this was it!  The winner was in head to toe gothic apparel with a perfectly painted skeleton face.  The makeup did it for me!

Photo and Hair by Michael Soberanes | Makeup by Roxy

The night ended with a Fashion Show by FWSD and killer Avant Garde designs.  The talent these designers have is unreal!  I can’t wait to see what they put together for the runway show in October!  You can check out more info on Fashion Week here: FWSD

What are your thoughts on this Avant Garde Gala look?  I think Miriam and the team at Gila Rut hit it out of the park and I could not be more pleased!  It was such an honor to work with such talented and genuine people, all while attending a wonderful event with good friends!  What would you have worn to the Avant Garde Gala?  I’d love to know!

Have a lovely day and I’ll see you back here on Thursday for something completely different! xo Vanessa

Photos by Louie of 656 Photography

Hi! My name is Vanessa and I live in sunny San Diego and I'm so happy you found your way to my site!! I love sharing my take on fashion and beauty with likeminded individuals! My hope is that I can help you recreate looks from your own closet or incorporate new pieces to help keep you inspired to look and feel your best!! If you have questions or suggestions, please ask or comment away, I love to chat!
Read More 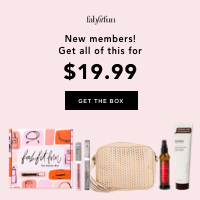